Call now for a free consultation! 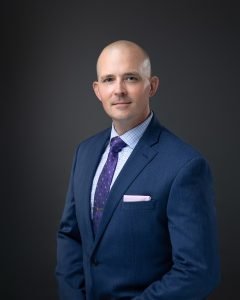 Attorney Damon Baxley is a fifth-generation native of Marion County, Florida, and the third son of Senator Dennis and Ginette Baxley’s five children. He is married to his high school sweetheart, and they have two children. He attended Marion County schools and graduated with honors from Belleview High School. Damon Baxley earned his undergraduate degree from Carson-Newman College with double majors in Religion and Philosophy/Religion and a minor in Psychology.

Damon Baxley served as a Certified Legal Intern with the State Attorney’s Office of the Fifth Judicial Circuit before joining the King Law Firm. He accepted a position at the King Law Firm because of its client-centered approach and willingness to fight for the rights and interests of clients. With the tenacity of a SWAT team member and the attention to detail of a homicide detective, he will achieve economic justice for the damages you or your loved one have suffered.

What Our Clients Are Saying